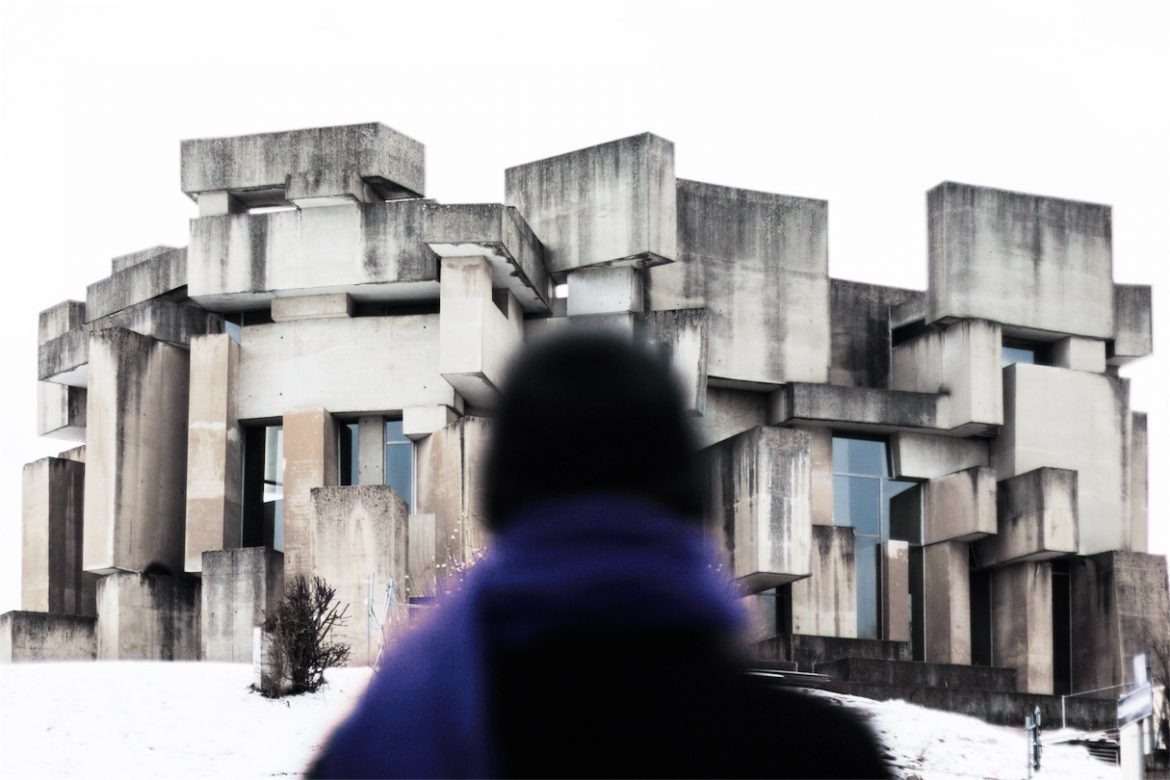 Consisting of 152 large blocks of concrete arranged without symmetry and with windows fitted into the spaces between, Wotruba Church is an unconventional edifice, an unexpected and powerful statement in suburban Vienna. In Wotruba’s words, he wanted to “design something that shows that poverty does not have to be ugly, that renunciation can be in an environment that, in spite of its simplicity, is both beautiful and happy.”

The plans for this striking building were drawn up 1968, but drew objections from local residents. As such, work did not begin until 1974 and Wotruba did not live to see its completion in 1976, having passed away the year before.

I loved the service books with their graphic image of the church on the front cover and how a large bespoke crucifix and candelabras, also by Wotruba, added significantly to the experience of the space.

The construction work currently going on outside will improve access and enlarge the space, but this will be buried into the hillside, thus preserving the integrity of the architecture. I have a feeling I will be returning to Wotruba Church again!