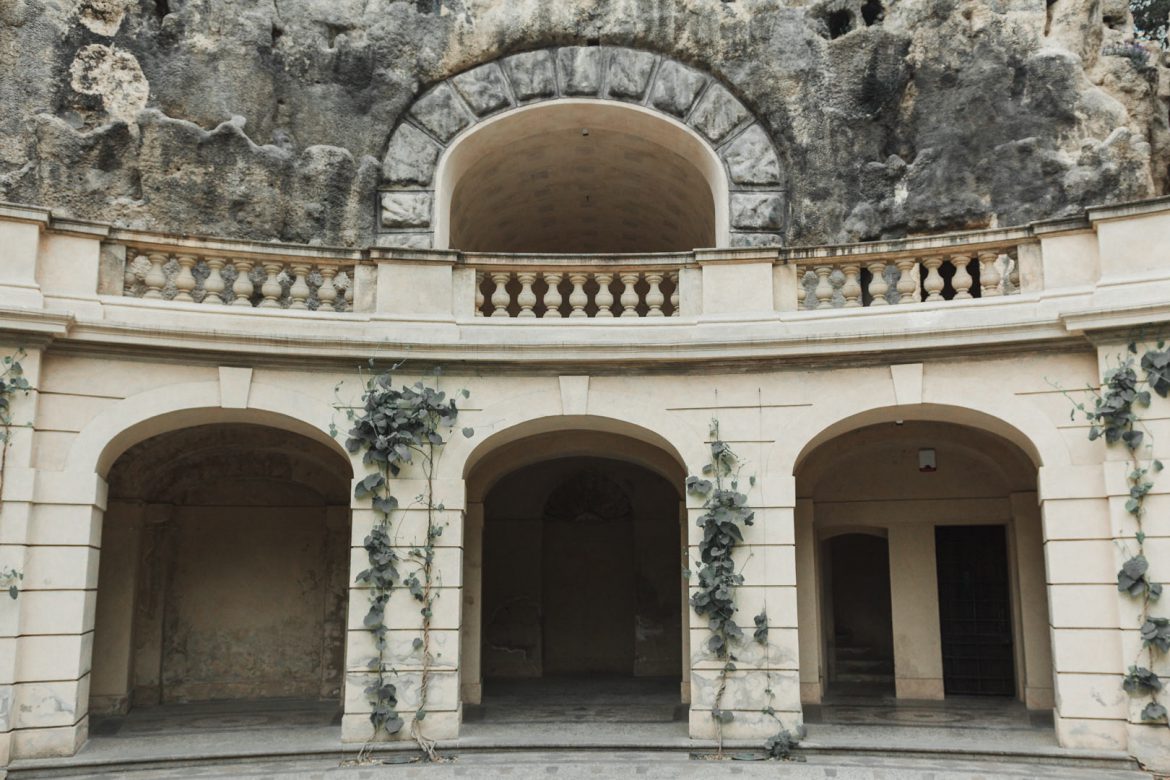 If you find yourself in Prague and want to avoid the crowds, but would still like to experience something idiosyncratic and unique to the city, I highly recommend getting up early and visiting Grotta in Havlíček Gardens. You’ll find the grotto at the top of a large park on a hillside, in a well-to-do southern suburb of Prague. I could find very little online about this place, and some of the information is conflicting, so take my notes with a pinch of salt as it was difficult cross-referencing.

Grotta was created according to the design of the architects Antonín Barvitius (or Antonín Viktor Barvitioand?) and Josef Schulz (or Josef Vorlíček, or Vojtěch Ignác Ullmann??), and was a commission from millionaire Moritz Gröbe (his initials are tiled into the floor).

Grottos became very fashionable in Europe in the 19th Century, referencing an earlier baroque style. The design and layout of Grotta is very reminiscent of Fontana dell’Ovato at Villa d’Este, in Tivoli, Italy. There is a similar grotto feature in Waldstein Palace garden beneath Prague castle, but that one is a bit tourist-infested.

I visited very early on our last day in Prague and the only other person present was a homeless man, perhaps unintentionally fulfilling the role of a resident hermit.

Grotta is a warren of winding pathways and hidden cave-like rooms on several levels, leading down to a fountain featuring Neptune. I would love to see this place later in the year when the fountain is operational and the vines that scramble over stonework are fully grown.

I decided to use a coloured flash on some of the pictures as there was a definite sense of mystery and celebration present that I wanted to convey. I felt that guests had just left their seats empty in some of the caves before I arrived, or were playing hide and seek with me.

There is more to this park than the grotto including vineyards and a bowling alley, but I did not have time to cover the other areas on this visit. Perhaps I will get the opportunity later in the year, as I can imagine how beautiful it would look in crisp autumnal sunshine.