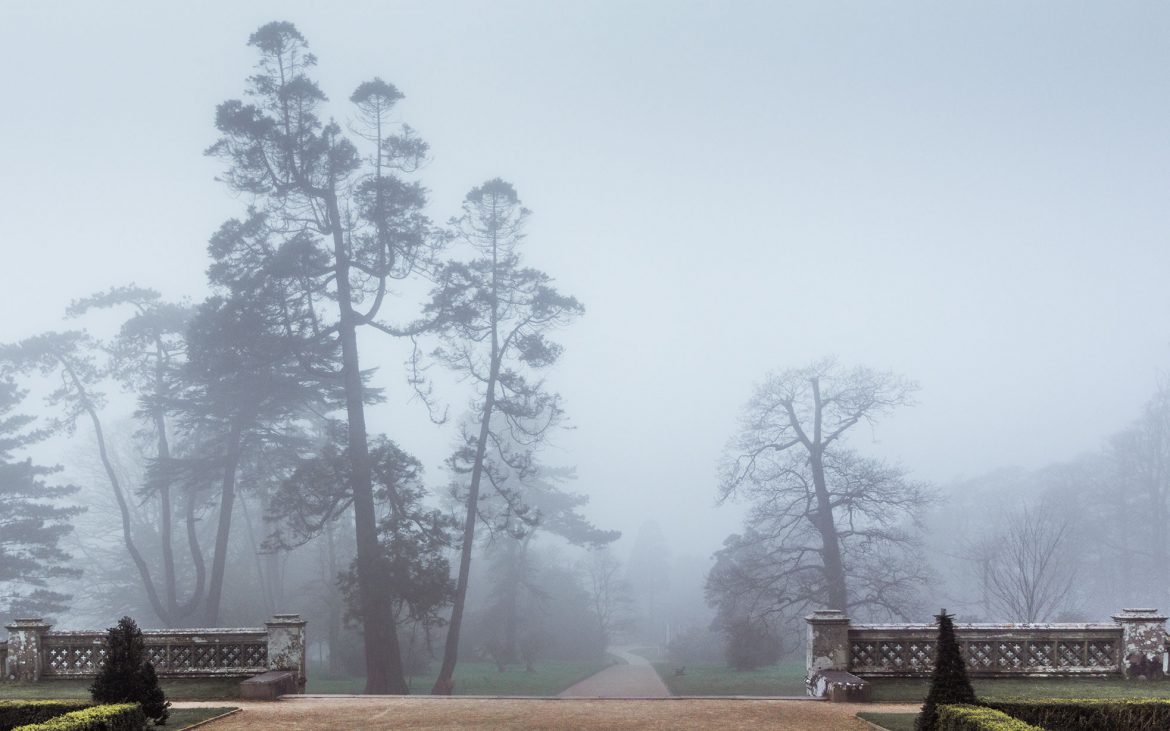 Within the forested bounds of Margam Country Park, which is located on the outskirts of my hometown, Port Talbot, can be found a range of historical monuments, from Iron Age camps to the remnants of the WW2 Chain Home Low early warning radar system. However it is mostly known for the ruins of a Cistercian Abbey, an 18th century Orangery, the 19th century mock Tudor Gothic Mansion and its population of deer which have been in residence probably since Roman times.

I have wanted to capture the ruins of the Chapter House and the Orangery lost in mist for many years, but each time I’ve visited on a promising foggy morning, I’ve not witnessed anything as photogenic as on this particular day at the end of March.

The ruins of the Chapter House once belonged to the 12th Century Norman Abbey, which met its demise at the hands of Henry VIII. It is a place I’ve always imagined would look hauntingly beautiful in the right conditions. Unfortunately I had very little time to take pictures before heading to work, but I had the perfect light to capture some of the ephemeral beauty.

Exploring the grounds to the accompaniment of melodic birdsong on an early spring morning, admiring camellia, magnolia and cherry blossom against a backdrop of moody greys and blues was a memorable and magical experience.

Legend has it that the Orangery once housed citrus trees which were a present destined for the monarch, but the ship carrying them was wrecked nearby and the Mansel Talbot family claimed them for themselves. Today the 327ft long building, constructed of local stone is home to weddings and other events since it’s restoration and inauguration in 1977 by HMR on her Silver Jubilee tour of Britain.

Sadly, the original citrus trees perished when the orangery was requisitioned by American forces during WW2, otherwise the Queen might have asked for them back!

Television series’ Doctor Who and Da Vinci’s Demons have used Margam Park and Castle as a location in many episodes and the grounds also featured in the Netflix film Apostle. The Castle is hewn from the same sandstone from the same quarry as the Orangery. It was constructed between 1830-40, in a Tudor Gothic style and served as the home of the Mansel Talbots. Photographic pioneer Henry Fox Talbot was a cousin and took the earliest pictures of the mansion.