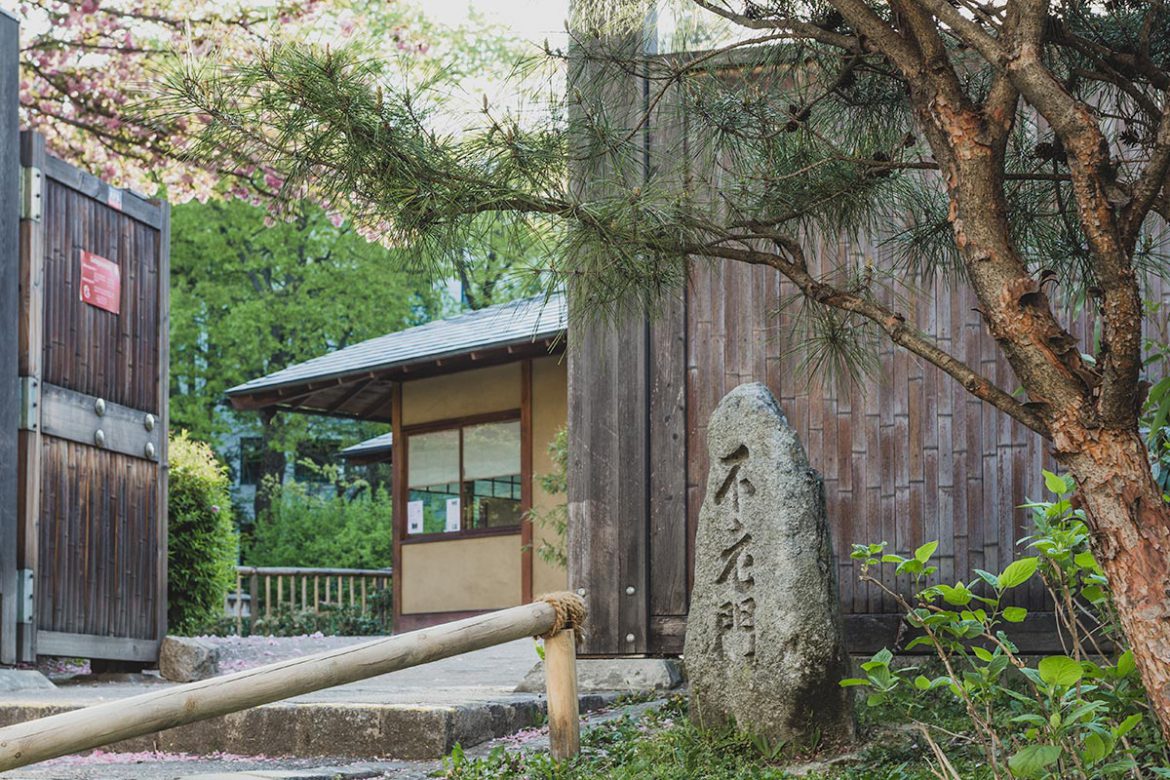 There are several Japanese-style gardens dotted around Vienna for the general public to enjoy, but perhaps the most celebrated and accomplished of these is Setagayapark in the 19th district. It is a very popular park, especially in spring and autumn, as I discovered on my first visit. It was impossible to get people-free pictures as there were several selfie-snappers, a bride and groom and other groups with cameras, tripods and even make-up artists.

I made a second visit just before 7am to take the photographs featured in this post and the park was empty save for ducks, turtle and carp. Several sections of the park were crudely roped off to keep people away from the planting, the buried sprinkler system was in operation and the sun hadn’t yet cleared surrounding buildings, It is quite a small park, but there are so many details and textures that only reveal themselves by careful observation and quiet contemplation.

As is often the way, my view through the camera lens was the doorway into a deeper appreciation for the finer details of this tranquil space. The park was laid out in 1992 by landscape gardener Ken Nakajima and the design adheres to the main principles of a Japanese garden including the elements of water, stone and lush but controlled planting. The overall effect is to echo a much grander landscape, so that rocks become mountains and clipped mounts of juniper represent a whole forest.

Visible in places were the ropes used to bend pine branches into serpentine forms, as is done on a much smaller scale with bonsai trees. The lower branches of acers (Japanese maple) had been removed, so that their thin trunks follow the lines of the rocks around which water cascades into a large pond overlooked by a tea house.

Bright green fern fronds unfurled along the waters edge, while variegated hosta leaves unrolled in damper areas and I could see lily pads slowly floating to the pond’s surface as they waken from their winter slumber.

As pink cherry blossom petals drop into the emerald water, so the buds of a bank of peonies start to swell. The succession of flowers fading while others emerge are there as symbolic representations of the cycles of life and death.

By the time I left, the morning sun had edged over the rooftops and began to play in the park by throwing dappled shadows on the stone lanterns, sparkling in the meandering stream and setting fire in the delicate leaves of the acers.